History of a name 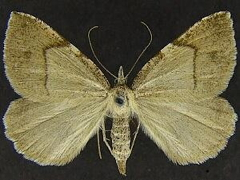 Simularia is a meaningless word in Italian. We formed it by mixing two of the main ingredients of our activity, since we run air ("aria" in Italian) quality simulations.

It wasn't the sound or the graphics, it was a Google search that convinced us we picked a proper name. Simularia is in fact the name of a moth, mainly living on the US West Coast.

For sure, we cannot say it is a beauty, neither it provided us with a smart logo (a moth is overwhemingly attracted and easily blinded by any light it meets). Nevertheless, a moth establishes a symbolic link between us and a well-known story which tells of science and atmospheric pollution and effective environmental policy.

The story is set in UK, in the Manchester area, and the leading role is taken by Biston Bitularia, a peppered moth. Thanks to their appearence, during the day peppered moths can safely rest on tree trunks waiting for the night, when they hunt for food. By the mid-19th century, first specimen of a dark variant of Biston Bitularia (lately named Carbonaria) were caught.

Few years later, the number of dark moths had exceeded the typical ones, accounting for 98% of the entire population at the turn of the century. Industrial Revolution and natural selection brought the peppered moth close to extinction: black smoke from intensive coal combustion sooted the urban environment, making easier for predators to spot paler moths on darkened tree trunks.

Only after the British Parliament introduced some measures to reduce air pollution, the Clean Air Act put into force in 1956, the number of peppered moths is steadily increasing, already back to 30% in 1980s.

A flawless account of this story can be found here.